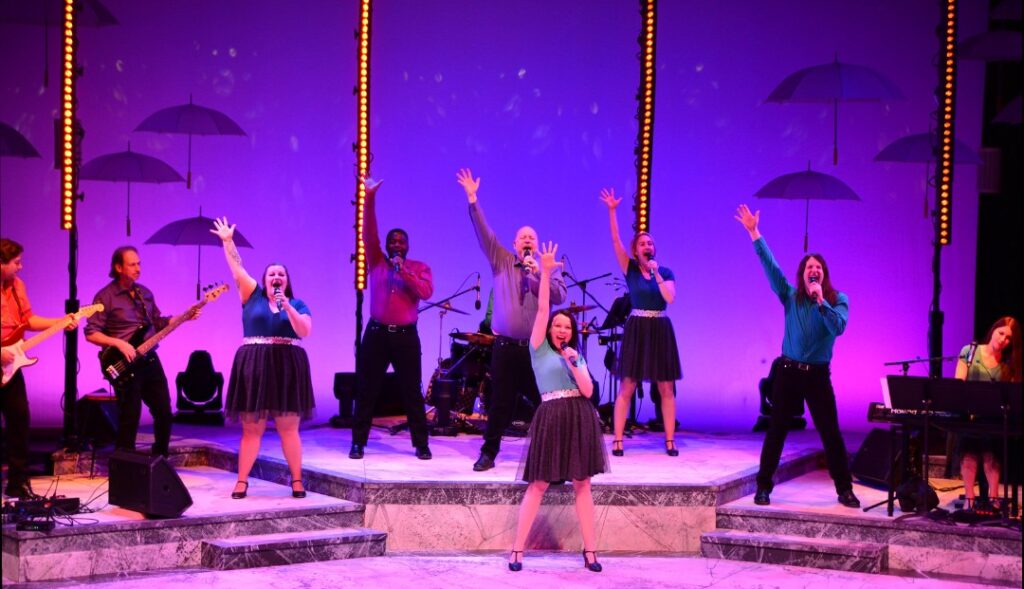 Blockbuster is an evocative word. It’s a term that is closely connected with the glitz and glamour of the silver screen, but it’s also a descriptor that could be applied to anything in the world of arts and entertainment that’s big, brash, and sensationally successful. Well, this month, New West Theatre in Lethbridge is putting on a blockbuster of a show at the Yates Theatre. Running December 14-31, the final show of the season is a crowd-pleasing revue that features music, dance, and sketch comedy.

Performed by New West’s ensemble cast, the numbers are all drawn from blockbuster movies and/or blockbuster musical artists, with some sketch comedy favourites from yesteryear tossed into the mix, as well.

Blockbuster director Grahame Renyk says New West is looking to bring audiences something bright, cheerful, and full of warmth to cap off 2022. And to add even more of a warm glow, this show is part of the just-launched “Save Our Stage” fundraiser, which has been making spectacular headway in a months-long campaign to keep the future of New West Theatre vibrant and thriving.

On Theatre: Eugene Stickland shares ‘The Innocence of Trees’

On Dance: ESPARTENAE at the Tipton arena