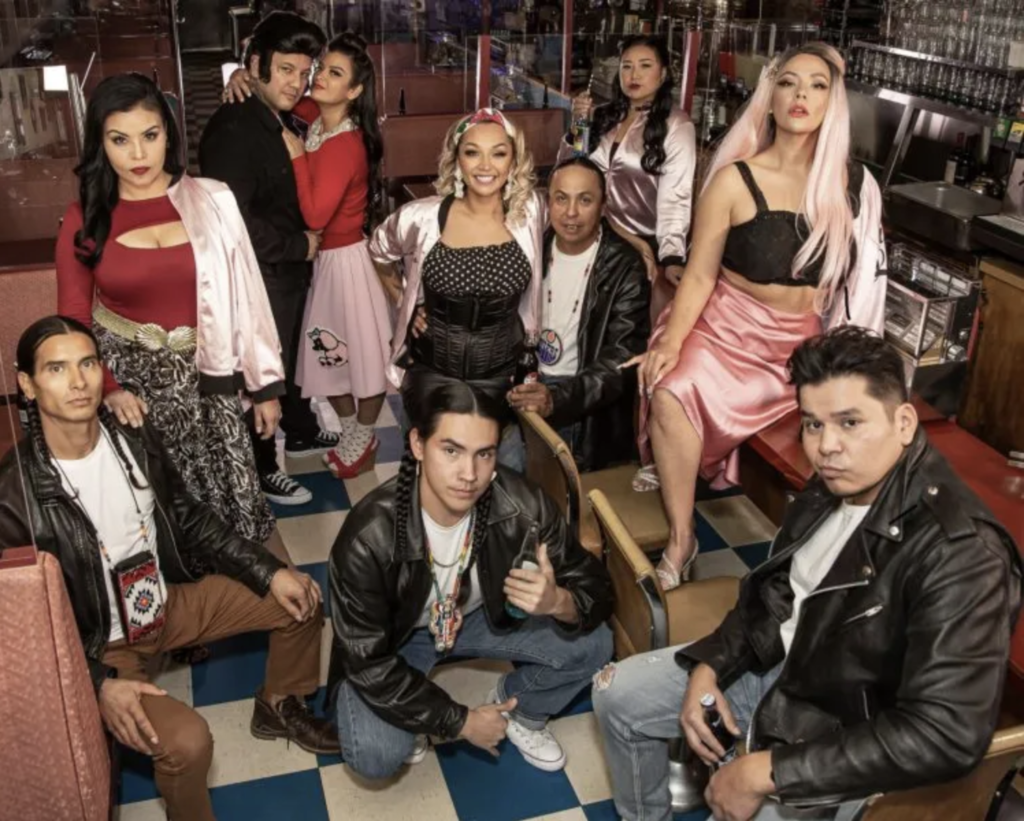 On November 29, MC RedCloud set out to raise awareness and funds in aid of Missing and Murdered Indigenous Women. Eighteen hours later, he set a world record for weaving a complicated tapestry of rhymes together.

RedCloud is half of the duo LightningCloud with his partner Crystle Lightning, a Maskwacis (Plains) Cree actor who has roots firmly planted in Alberta. One of the duo’s creative projects has been to reimagine the popular musical Grease. Just as Olivia Newton-John and John Travolta electrified audiences in 1978, so too have the cast and crew of Bear Grease, an adaptation of the musical featuring an all-Indigenous ensemble. Bear Grease is described as a “hilarious, Indigenous twist” on the classic musical, originating in Treaty 6 territory in Edmonton.

But what is wrapped up in scintillating dancing and music are musings about an imagined world; a “decolonized” world where Indigenous populations exist without generational trauma. Bear Grease has been touring widely to rave reviews, and an adaptation in the spirit of the season, the Bear Grease Christmas Special, touches down in Alberta for select shows in December.

On Thoroughfare Wednesday at 1:45 pm MT, Tony King was joined by MC RedCloud to talk about the production:

What is Mo’ohkinstsis Medicine: A Night of Comedy?

Go beyond D&D at Pe Metawe