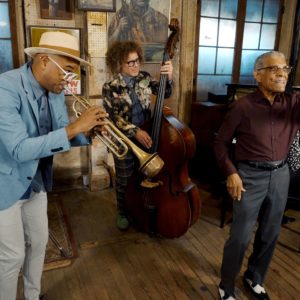 The Sound of Us is an award-winning documentary film about how music is integral to human existence and has the power to heal. The movie is screening at the Calgary International Film Festival.

CKUA’s Tony King brought us more on the film, on Traffic Jams on Thursday, September 23, when he spoke with director Chris Gero.

The film debuted at the Calgary International Film Festival (in-cinema and online) that same day. Listen to this conversation here:

On Film: Director Ajitpal Singh shares ‘Fire in the Mountains’

On film: ‘Another Man’s Treasure’