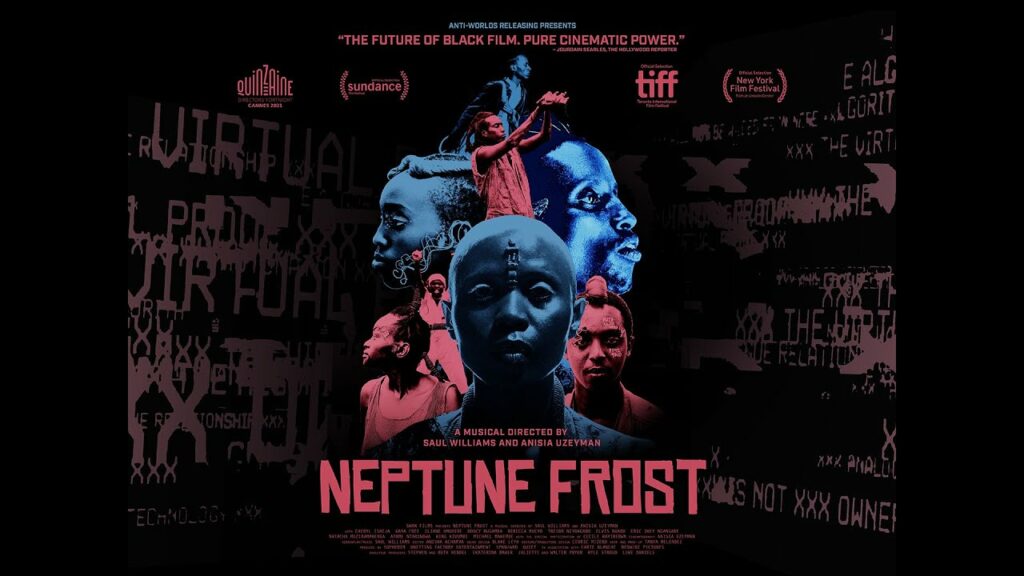 Called a “journey of visual ecstasy,” and an “anti-colonial call to arms,” Neptune Frost is a film like no other. The seeds were planted for the movie when acclaimed artist Saul Williams sought to create an afro-futurist graphic novel, set in a dystopian Burundi held together by reconditioned computer parts – all the while burrowing into the mix themes of colonization and displacement. Working with Broadway wunderkind Lin-Manuel Miranda, who came on board as an Executive Producer, the graphic novel evolved into a musical for the stage, and eventually a film.

It’s a fools errand to try to encapsulate what Neptune Frost is about, but at its core is the relationship between Neptune, an intersex runaway, and Matalusa, a coltan miner, whose love leads a hacker collective. This is couched in songs delivered in a fever pitch, framed in a visual package that would make the corona around a solar eclipse seem dull by comparison.

The University of Lethbridge is presenting Neptune Frost as part of their ongoing film series, Wednesday, January 11, at the Movie Mill. Tony King spoke with Dr. Aaron Taylor from the U of L Drama Department about the movie. Dr. Taylor will offer up a deep dive into the film following the screening.

On Film: ‘Beyond Curls & Kinks’