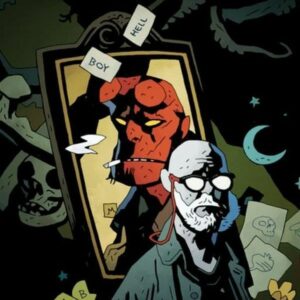 The Calgary Underground Film Festival is at is again. They have unveiled their line-up of movies for the CUFF.Doc Documentary Film Fest and are inviting audiences to indulge in the shared experience of being together in the theatre. The festival runs November 23 – 27 and will take you to places you could never imagine.

The opening night film is the captivating Mike Mignola: Drawing Monsters, which is the definitive story behind the creator of popular comic character Hellboy. From a fledgling underdog, published by Dark Horse comics, Hellboy has spawned films, appeared on lunch boxes, and become a revered franchise. All of this was born from the fertile imagination of independent artist Mike Mignola.

The documentary film, directed by Jim Demonakos and Kevin Konrad Hanna, opens the festival and is sure to beguile Hellboy fans and the uninitiated alike. Conducting interviews with luminaries such as Guillermo Del Toro, Neil Gaiman, and even Mignola himself, Mike Mignola: Drawing Monsters is as colourful as the character Mike Mignola first set to paper.

Filmmakers Kevin Konrad Hanna and Jim Demonakos and join CKUA’s Tony King to chat about the challenges and rewards of creating an independent film around the rise of a comic book character: