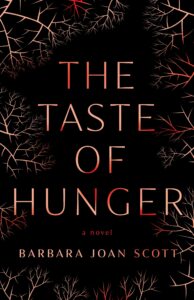 Resilience and passion tinged with a little bit of magic can change everything. That is the heartbeat of Calgary-based author Barbara Joan Scott’s new book The Taste Of Hunger.

Chronicling the inexorable struggle that serves to bond a family that immigrates from Ukraine in the early 20th century, the story drills down on the challenges of coming into a situation where it feels as though one has landed on another planet. The hardship is exacerbated by traditions that dictate that Olena, the protagonist in The Taste Of Hunger, be married to an onerous man who lashes out at her. Suffused with the energy of heart pounding desire, punctuated by the magical realism of Baba Yaga fairytales, Barbara Joan Scott’s debut novel has landed on a number of holiday reading lists this year.