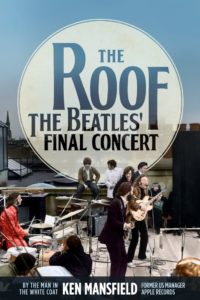 It was the final public performance ever, by the biggest pop band in history, and yet only a handful of people were in the audience.

As Peter Jackson‘s sprawling Get Back documentary series premieres this weekend, we’ll take you up on the roof, with one of those few lucky souls who were present for that historic show!

Former Apple Records staffer Ken Mansfield, forever known in Beatles circles as “The Man in the White Coat,” joins us to talk about witnessing The Beatles’ swan song.

The songwriter, producer, Beatles intimate, and author of The Roof joined CKUA’s own Grant Stovel to help us get back to that iconic moment.

Check out the trailer for Peter Jackson‘s sprawling Get Back, here: