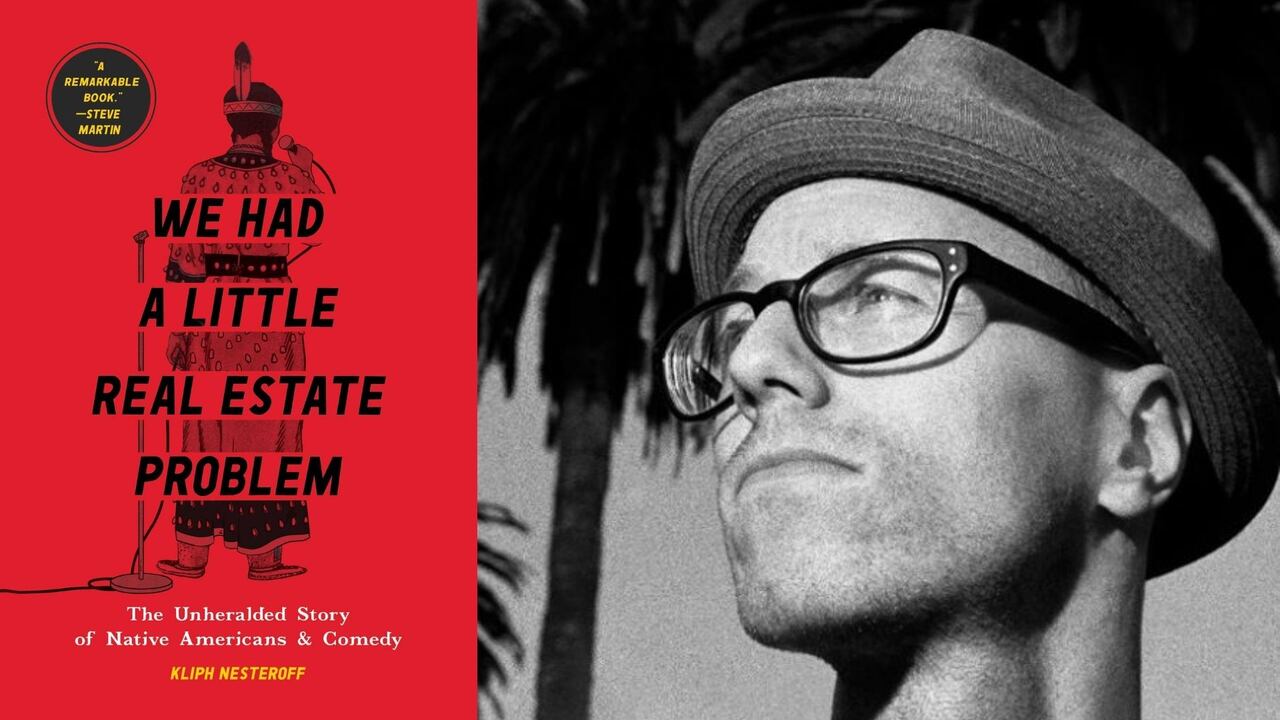 Wordfest Calgary’s Imagine On Air series presents comedy historian Kliph Nesteroff and his fascinating new book, We Had a Little Real Estate Problem – The Unheralded Story of Native Americans & Comedy. The hour-long conversation is a free livestream broadcast that takes place on Tuesday April 13, 2021 and will start at 7:00 PM MT and will be hosted by Plains Cree comedian, actor, and writer Dawn Dumont.

Nesteroff, who is a white man from British Columbia but lives in Hollywood, has said that he approached the book by emphasizing Indigenous comedians telling their own stories in their own words. In fact, major Indigenous authors, including Stephen Graham Jones, David Treuer, and Philip J. Deloria have lauded the project. Nevertheless, some readers might be wary to trust this story to be told correctly by a historian who isn’t Indigenous.

CKUA’s Vish Khanna spoke with Nesteroff about such concerns to gain more insight into We Had a Little Real Estate Problem.