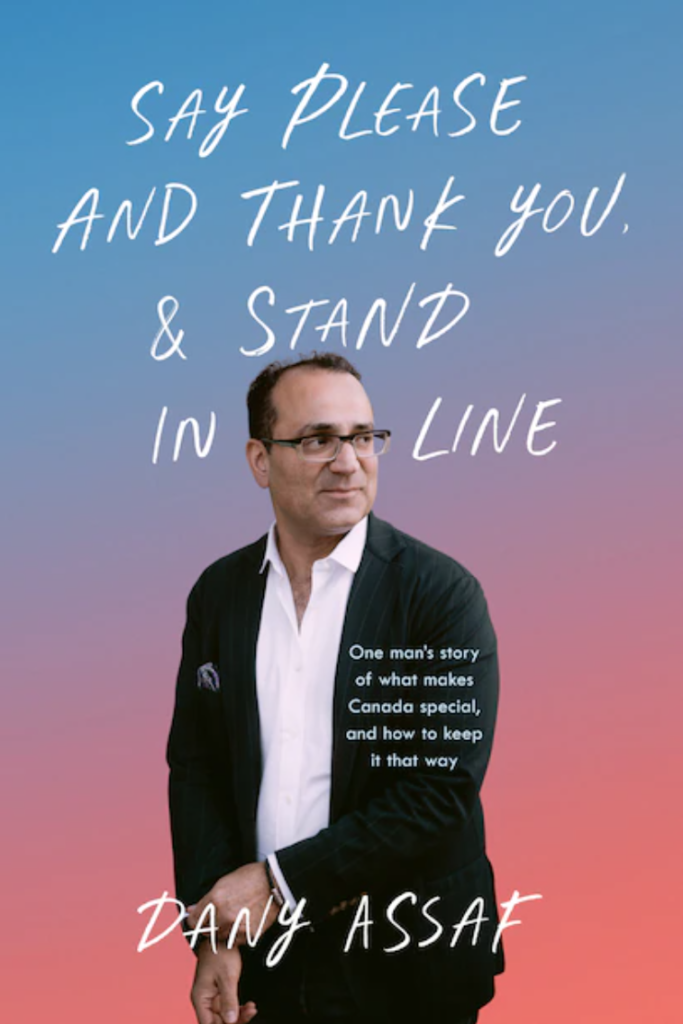 Dany Assaf is a lawyer who was born and raised in Edmonton. The descendant of proud Muslims, including his great grandfather who helped build Canada’s first mosque in Edmonton in 1938, Assaf grew up excelling at hockey, worshipping the Oilers, and mostly living in harmony with his fellow citizens.

But after 9/11, a sign pointing to his childhood home bore the following inscription, “Osama bin Laden lives closer than you think.”

In his new book, Say Please and Thank You & Stand in Line, Dany Assaf chronicles his family’s history in Alberta, the dangerous shift in anti-Muslim rhetoric over the last 20 years, and how he feels Canada and Alberta still have a chance to live up to their ideals. On Wednesday, June 9, 2021 on Alberta Morning, CKUA’s Vish Khanna spoke with Dany Assaf about the new book.