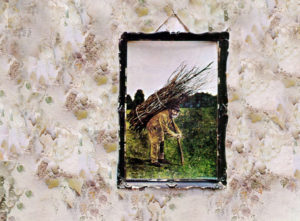 Fifty years ago today, one of the landmark albums in rock history was released. Though it technically was untitled, the album popularly known as Led Zeppelin IV became a byword for an epic rock album — epic in terms of stylistic scope, generating staggering sales figures, and reaching for the very highest limits of what’s attainable sonically.

Amazingly enough, the revolutionary piece of gear Led Zeppelin used to record their masterpiece now makes its home (and continues to make music!) here in Alberta! These days, the National Music Centre’s Studio Bell is home to that legendary piece of equipment – The Rolling Stones Mobile Studio, or RSM.

NMC Studio & Electronics Engineer Jason Tawkin joins us to tell us about the revolutionary way Led Zeppelin recorded the album, to share some hilarious stories from those creative and homespun sessions, and reflect on how it set a benchmark for the sound popular music that still resonates today.