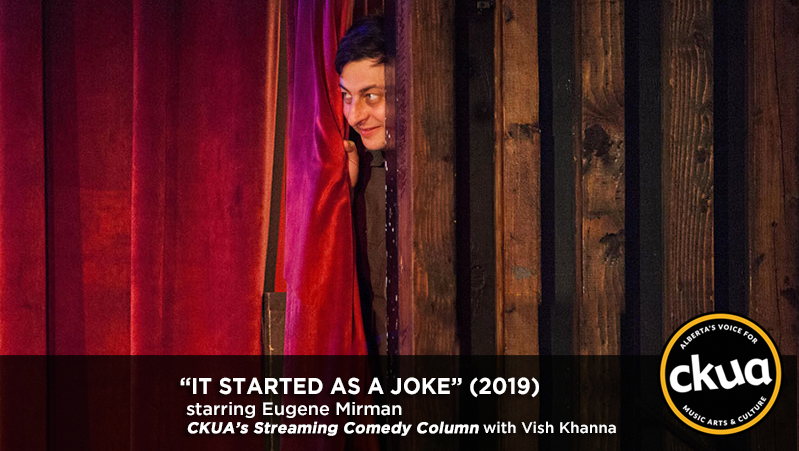 With so many of us hanging out inside right now, we thought we’d recommend some funny stuff for you to watch at home.

On his inaugural comedy column for CKUA, Vish Khanna discusses some of the things that he (and his son) might recommend with our own Grant Stovel.

He’s been flipping around Netflix and marvelling at how much food Brad Pitt is constantly eating in Ocean’s Eleven and Moneyball. In introducing his son to The Fresh Prince of Bel-Air, he has seen some of today’s more established stars, tackling some of their earliest roles on that ridiculous show.

He also received an advance look at one of the funniest and most powerful documentaries of the year: It Started as a Joke, which chronicles the start and end of the Eugene Mirman Comedy Festival and the comedian’s heartening and heartbreaking personal story.

It made Vish laugh and cry. Listen to this before It Started as Joke begins streaming everywhere on April 3.