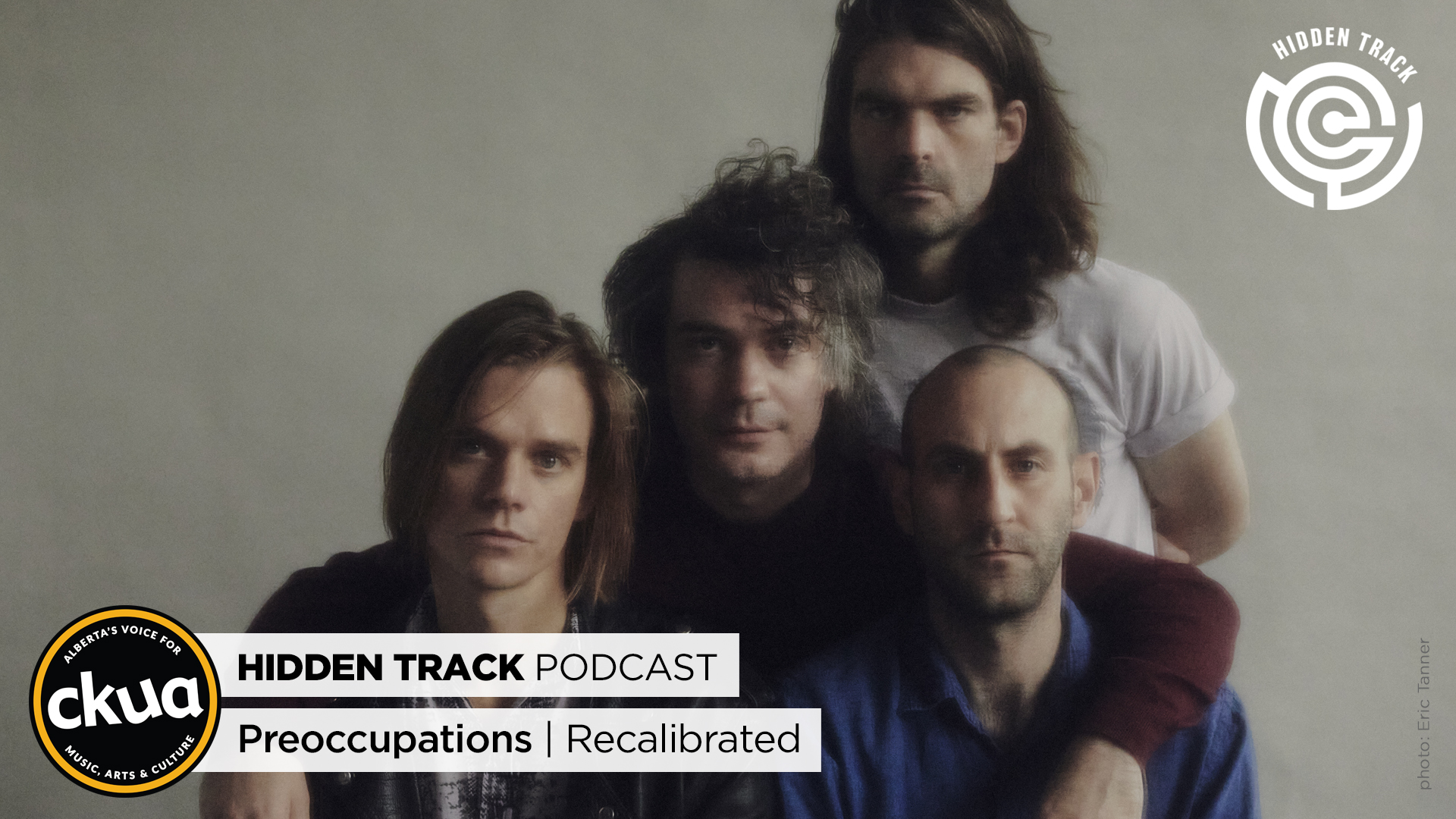 It’s been said that over the past couple of years, we’ve all caught up, in one way or another, with the kind of dark and dystopian world view that’s always been at the core of Preoccupations‘ music.

Autumn 2022 sees the release of the group’s fourth full-length album, as well as their tenth anniversary as a band. Some of these musicians have known each other since they were little kids, and it’s been a solid ten years now that they’ve been crafting their deliciously doomy musical oeuvre as a unit.

Over that time, this quartet from Calgary came up from the underground to truly earn themselves a global following; and they’ve accomplished it in the old-school, time-tested way: by creating a sonic identity that’s distinctively their own, by making innovative and challenging records, and by touring hellaciously hard. At the heart of their sound has always been an edgy, cathartic brand of epic post-punk music; and with their 2022 album Arrangements, they’ve honed that melodic-yet-discordant sound to a knife’s edge.

The powerful new Preoccupations record is just out via Jagjaguwar internationally, and in Canada on the illustrious Calgary label, Flemish Eye Records. Two of the chief creative drivers in the band, Matt Flegel and Scott “Monty” Munro, told us about the band’s genesis; formative influences from community radio to early Radiohead; the pivotal roles played in their story by factors as diverse as homegrown great Chad VanGaalen and a Black Sabbath tribute band; how such down-to-earth, happy-go-lucky folks can create such dark music; and what it’s like to be pulling into their old stomping grounds for a pair of Alberta whistle stops on their current global album release tour.