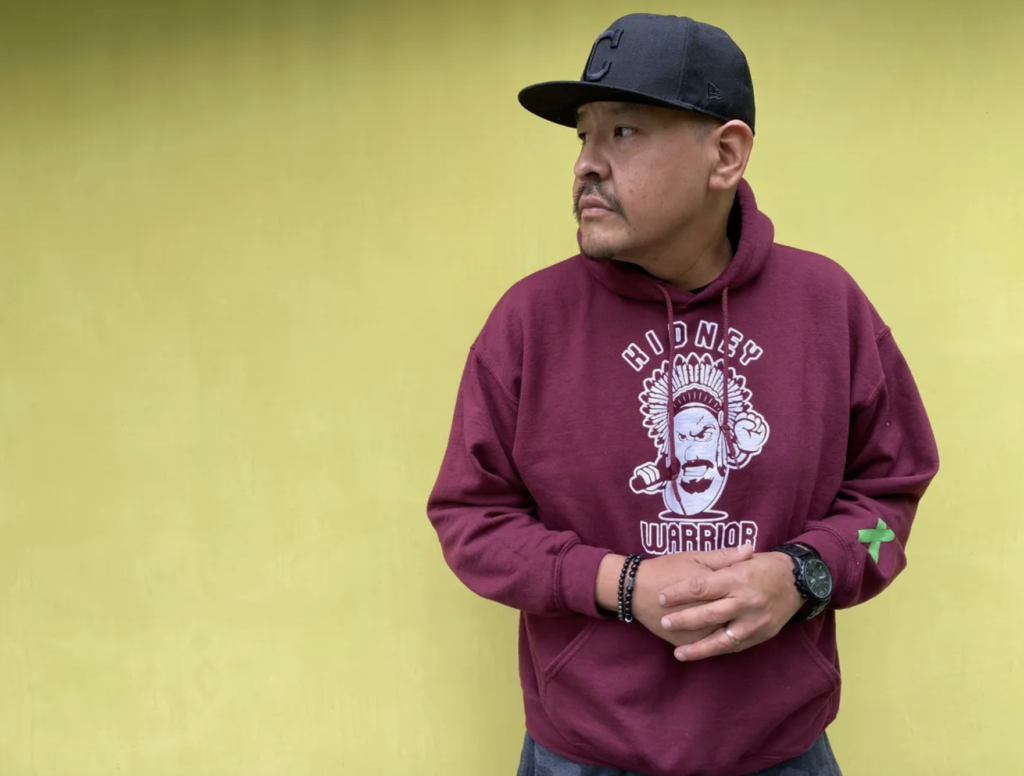 Karmen Omeasoo aka Hellnback is an Alberta music legend. Beginning decades ago, he helped to pave the way for Indigenous hip-hop artists in this country, and was part of laying the groundwork for a Canadian hip-hop scene that’s become one of the most vibrant spots on the global rap map.

Back in the 1990s and 2000s, he was part of trailblazing Mascawacis hip-hop band Warparty. They created innovative work, broke down barriers, and became the first Indigenous hip-hop band to get airplay on MuchMusic.

Hellnback eventually relocated to Manitoba in the early 2000s, where he’s pursued a fruitful solo career, collaborated with countless artists, and recently created a new project called The Resilience. Working alongside his wife, musician Lisa Muswagon, The Resilience describe their aim as “indiginizing hip-hop… their content can be utilized as teaching tools and music for [the] upcoming generation.”

For years, Hellnback has struggled with Chronic Kidney Disease, and he recently released Kidney Warrior, a single that shares his story, and raises consciousness about kidney health. It’s just been announced that his kidney journey now sees him making a move back to Alberta, in order to be close to family and medical services; and with luck, to eventually start seeking a donor for a future kidney transplant.

Hellnback joins CKUA to tell us what it’s like to be coming back home after nearly 20 years away, to reflect on his groundbreaking work here in Alberta, and to share some of his latest musical projects with us! He recently spoke with Grant Stovel:

A Day to Listen: National Day for Truth and Reconciliation