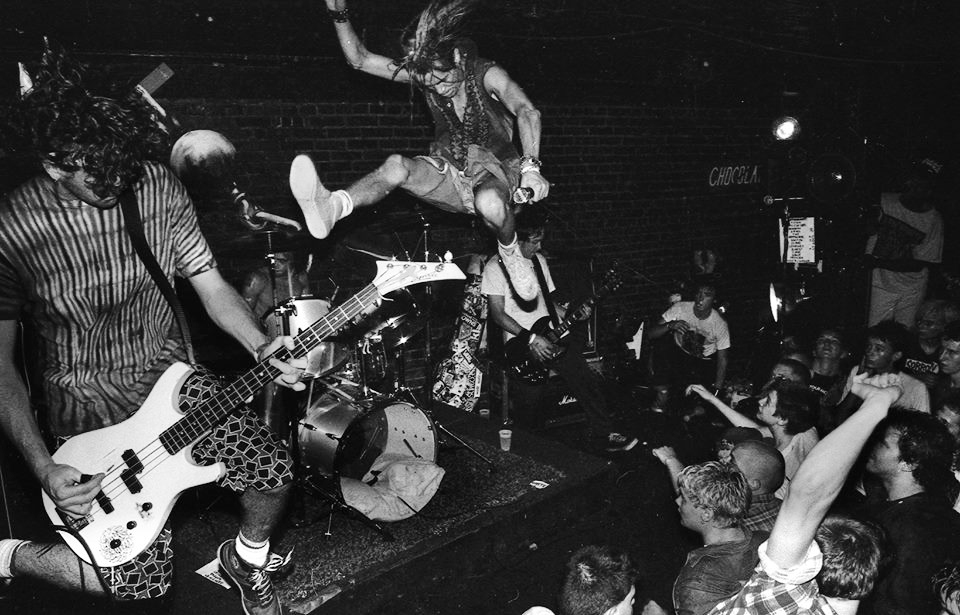 Well, he was by anyone’s standard one of the most well-loved and globally influential artists ever to emerge from the part of the world. Ken Chinn, a/k/a Mr Chi Pig has died at the age of 57.

He was the singer and galvinizing force behind SNFU, from the time the band was founded in Edmonton in 1981, through many different iterations and lineup changes, for the nearly four decades since. He (and they) are worldwide legends of punk and hardcore. Certainly amongst the most revered musical figures ever to come from Alberta!

CKUA’s Grant Stovel had a conversation about Ken Chinn with someone whose own art has been inspired by Chinn’s work. Gerry Morita is the Artistic Director of Alberta’s Mile Zero Dance, and creator of the 2020 show Second-hand Dances for the Crude, Crude City – which they said was “inspired by Chi Pig, the lead vocalist of Edmonton’s greatest punk band ever, SNFU.”

Watch Second-hand Dances for the Crude, Crude City in full here. Find out about their work by heading to MileZeroDance.com.

In addition to a series of tributes from all over the world, we also get one last song from Chi. Listen to Cement Mixer (to all my beautiful friends) below: