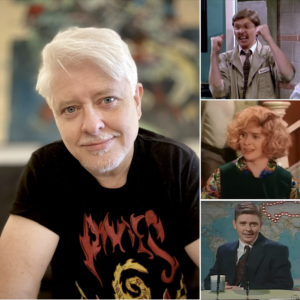 As one of the founding members of the groundbreaking sketch comedy troupe, Kids in the Hall, Dave Foley created several memorable characters. The initial Kids In the Hall TV series ran on CBC for five seasons until 1995.

He then enjoyed success as the lead on the ‘90s sitcom, NewsRadio, and has voiced characters in such films as Cars and A Bug’s Life.

And this weekend, Dave Foley will be appearing at the 15th annual Calgary Comic and Entertainment Expo.

Dave Foley joined CKUA’s Lisa Wilton, Thursday April 21st at 5:45pm MT to reflect on sketch comedy, and the return of the Kids In the Hall.

Rick Mercer on ‘Talking to Canadians’