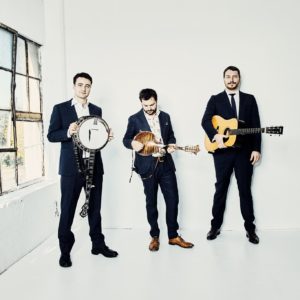 The longest running folk music festival in Alberta is returning for the Heritage Day Long weekend. The Canmore Folk Music Festival has brought folk, world, blues and roots music to Albertans since 1978. This year’s festival features more than thirty performers over its three-day course, including 2019 JUNO Award Nominees The Slocan Ramblers.

We caught up with guitarist Darryl Poulsen on Alberta Morning to talk about the Ramblers’ recent album Up The Hill and Through The Fog, as well as their upcoming performance at the Canmore Folk Music Festival.