Darrin Hagen is a founding member of Guys In Disguise, a drag show comedy troupe who have been creating sold-out shows for over 3 decades. Our Fringe columnist Peter Brown spoke with Darrin about the many projects he has on the go…and the Fringe Festival that launched it all.

“Without The Fringe I wouldn’t have a career.” – Darrin Hagen

Just a note – Darrin mentions two of his collaborators in Guys in Disguise – his producer Kevin Hendricks and the award-winning writer/ actor and director Trevor Schmidt.

If you’re in Edmonton, you can see Darrin’s photographs at the Varscona Theatre. For information about the recorded version of his play Dragula, follow @GuysinDisguise on twitter. 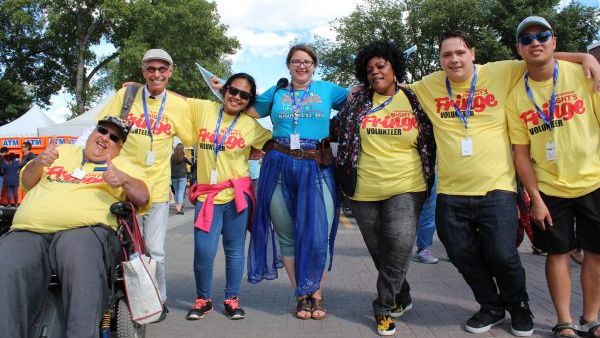 For almost 40 years, the lifeblood of the Edmonton Fringe has been thousands of volunteers, technicians and support staff. Wednesday August 12th at 5:45 pm MT, the people who keep the machine running will tell us what makes the Fringe the highlight of their year. Tune in to the next #FringeSpot!

To learn more about The Fringe that Never Was, the 11-days of digital Fringe shows, interviews, parties and more, visit FringeTheatre.ca