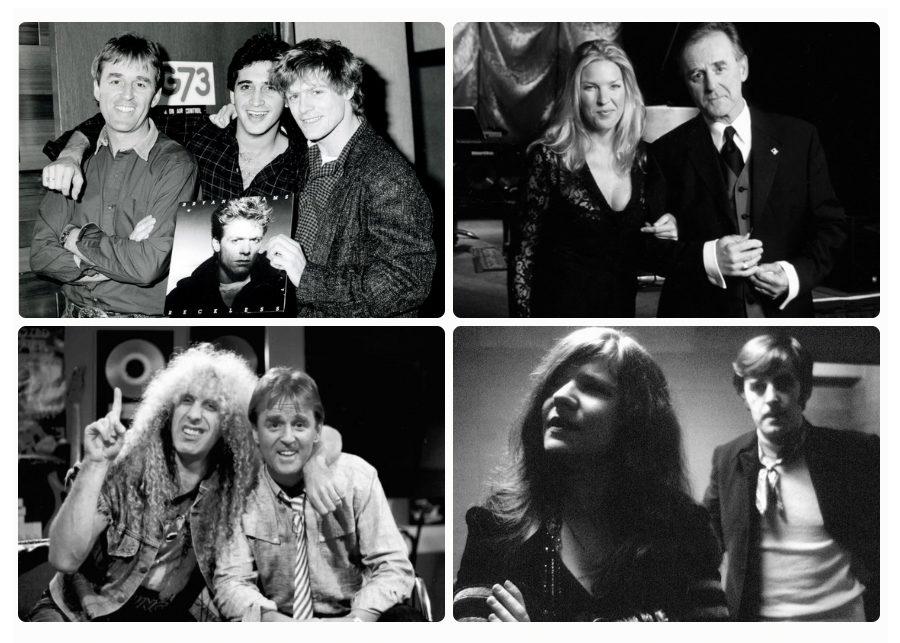 On Thursday, June 30, CKUA is celebrating a milestone… that is, a mully-stone… saluting all things Terry David Mulligan! Catch interview clips, lots of Terry’s favourite tunes, stories, kind words from friends and colleagues, and song dedications from near and far.

Join us for special programming throughout the day, from 6am to 8pm MT.

When FM welcomed (somewhat grudgingly) rock to the airwaves instead of being the exclusive domain of classical music and cool jazz, Terry was on the front lines.

He was one of Canada’s first television VJs and has probably interviewed everyone who is anyone in the music business, including Bryan Adams, Diana Krall, Dee Snider, and even Janis Joplin, just to name a few. TDM landed here at CKUA in 1995 with his show Mulligan Stew and has been with us on Saturdays at 5pm ever since.

As we mark Terry David’s long career in radio and TV, CKUA’s Senior Producer Mike Spear talked with him to get some of the story behind the person we hear behind the microphone every week:

From all of us at CKUA, cheers to you, TDM!

No presents, please… DONATE to CKUA in to honour TDM

Do you want to join in the celebration? Terry has said that he needs no gifts, but if you’re a fan of his voice, wit, talent, and incredible musical taste, and wish to “play it forward” by making a donation to CKUA in his honour, that would be just fine with him. After donating online, you will be able to add your song request or story, and we will pass them along to Terry. Cheers to TDM!

Listen to the Live Broadcast