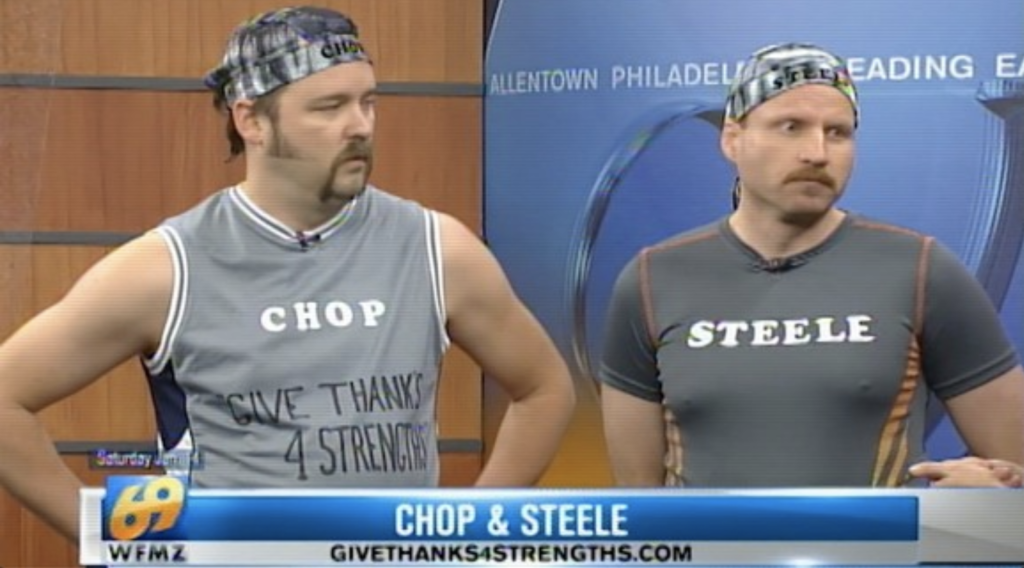 Calgary Underground Film Festival favourites, Nick Prueher and Joe Pickett, are back in Calgary for the Canadian premiere of the somewhat-biographical documentary Chop & Steele, which chronicles their gag appearance on an unsuspecting breakfast television program—and the resulting lawsuit that followed.

The two comedians weathered the media storm and have continued to cultivate a successful comedy career. Among their various film passions is the much loved Found Footage Festival, a collection of discarded films curated by the duo, in which they share long-lost family home videos and garage sale VHS finds, to name just a few examples.

Dave Foley reflects on sketch comedy, and the return of the Kids in the Hall!

Laughing and Streaming: Columnist Vish Khanna on Eugene Mirman’s “It Started As a Joke”