“I am the mother of the evening star; I am the love that conquers all.“ These are the lyrics that pave the way to the future for Allison Russell. The song is “Nightflyer” and it comes from her album Outside Child. 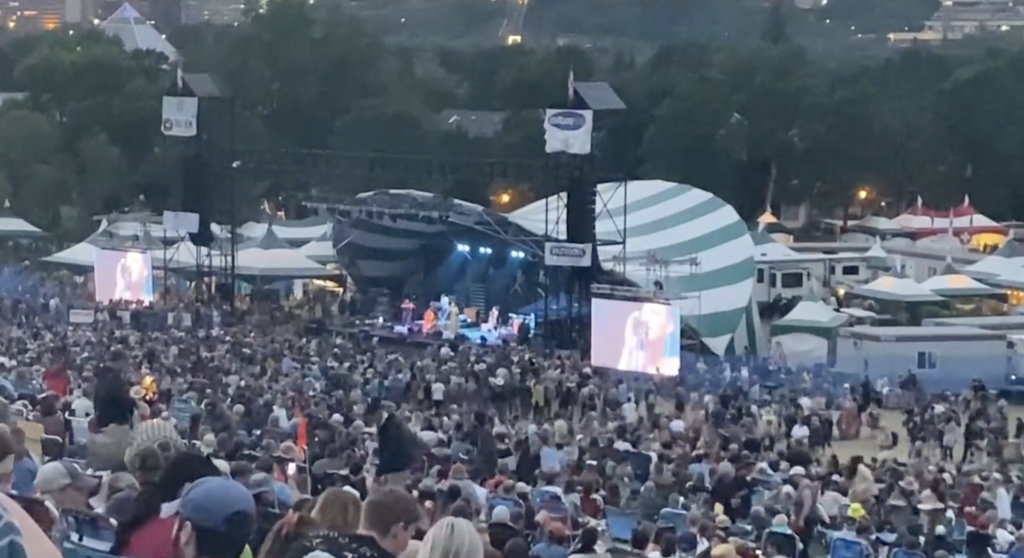 Allison Russell found herself on Main Stage at the Edmonton Folk Music Festival on a Saturday night, holding an audience of over 20,000 spellbound, mesmerized by her beguiling presence and command of the stage. This moment, punctuated by candles dotting the hill like so many stars, was hard won for Allison Russell, an artist whose career was forged in the Mount Royal Cemetery in Montreal as a runaway at fourteen. Sleeping barefoot in the cold after having suffered 10 years of abuse from her stepfather, whom she suggests was a “white supremacist.”

Many would be crushed like a rose petal under the snow, but there was a moment when Allison Russell grabbed a shard of light in the darkness and that portal to survivor’s joy has been her mission to share ever since.

Allison Russell joined Tony King at the Edmonton Folk Music Festival to continue their conversation, this time with notes touching how her music is always evolving and what the future is going to bring. 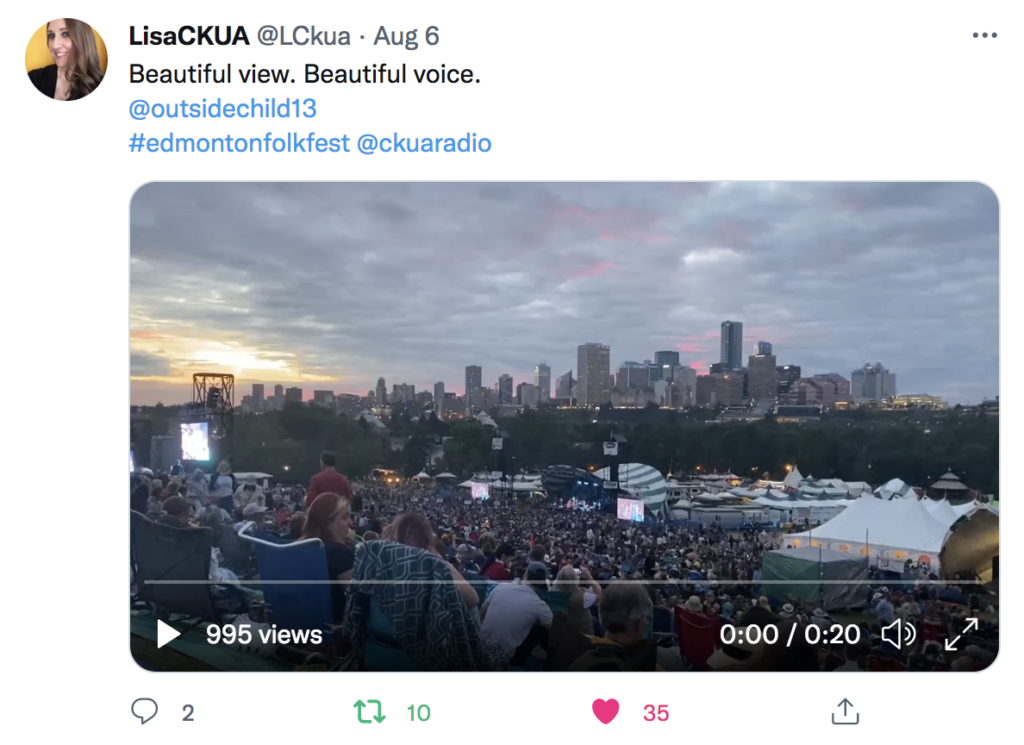 Reflections on the Hill by Tony King