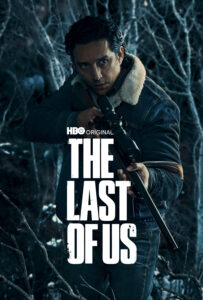 Actor Gabriel Luna is one of the stars of The Last of Us, the Alberta-shot video game adaptation from HBO. In the series, Luna plays Tommy Miller – younger brother of Joel Miller (Pedro Pascal).

In 2013, an action-adventure video game took the gaming world by storm. Ten years later, the HBO TV adaptation of The Last of Us has become an instant hit.

The Last of Us is one of the biggest shows to ever be shot in Canada –  and even better it was filmed in Alberta, including locations in Edmonton, High River, Fort Macleod, Canmore and Calgary. The series is streaming now on Crave and new episodes are releasing every Sunday.

Gabriel Luna caught up with CKUA’s Lisa Wilton during a recent visit to Calgary. Here’s their extended conversation:

Paulina Alexis of Reservation Dogs chats about her dad, and staying grounded