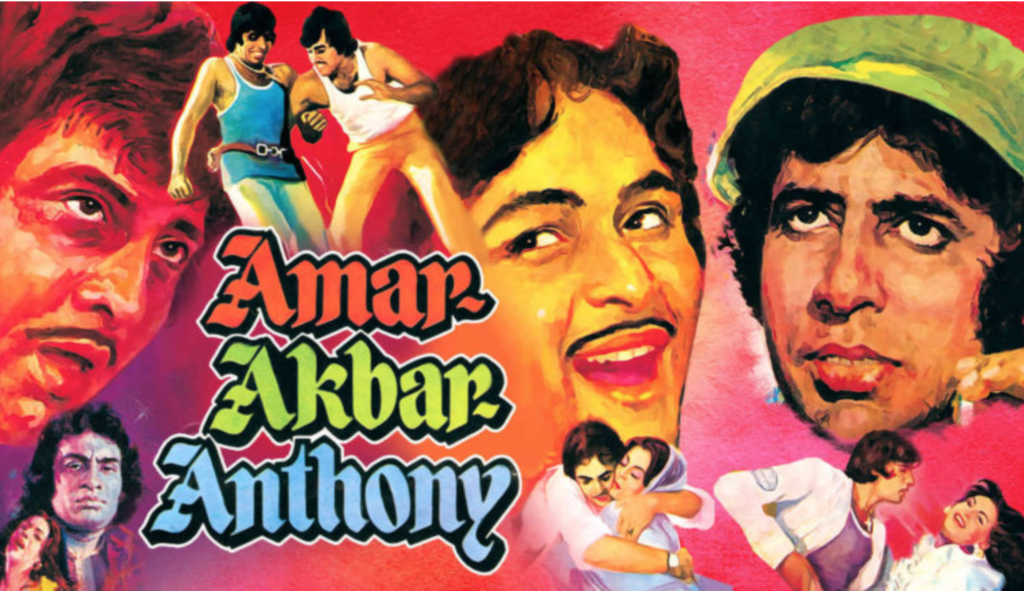 The sixth annual India Film Festival of Alberta takes place this weekend with both online and drive-in screenings of classic Bollywood fare, presented at the Big Rock Brewery in Calgary. Organizers have said they aimed for a “family-friendly” program during this strange, fraught time.

On Saturday September 12, the festival presents Amar Akbar Anthony, a 1977 smash hit about three brothers who, as very small boys, are separated from their desperately poor parents and then adopted by three families of different faiths—Hinduism, Islam, and Christianity. They grow up to be a policeman, a singer, and an owner of a country bar, respectively, and their interconnected storylines make for an emotionally intense yet action-packed dramedy.

Along with his younger sister, our pop culture columnist Vish Khanna was made to watch this film, as a young boy. His parents left India for Canada in the 1970s and would frequently play Indian movies for their kids, including Amar Akbar Anthony, which Vish has some fond, if foggy memories of.

To gain some insight into this celebrated movie, ahead of its September 12th screening at the India Film Festival of Alberta, Vish, in Edmonton, and his parents in Ontario, each re-watched Amar Akbar Anthony, and had a chat about it:

That was the theme song from the 1977 film, Amar Akbar Anthony, as performed by Kishore Kumar, Mahendra Kapoor & Shailendra Singh.

The India Film Festival of Alberta presents a drive-in screening of Amar Akbar Anthony at Big Rock Brewery in Calgary on Saturday September 12 at 8 PM. You can learn more about this at indiafilmfestival.ca or by phoning our columnist Vish Khanna’s parents directly.