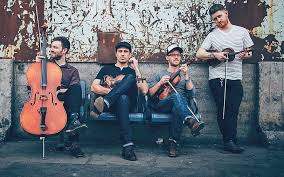 The Fretless is a Canadian fiddle foursome playing an essential part in the emerging movement mainstreaming traditional Irish folk music. Starting with its debut album in 2012, the band has steadily pushed further into the public eye, winning Instrumental Group of the Year at the Canadian Folk Music Awards. In 2017, The Fretless took home a Juno award for Instrumental Album of The Year for Bird’s Nest.

Magnolia Buckskin members Corry Ulan, Natasha Sayer and Kathy Cook are excited about sharing their new CD titled Die Laughing. They have been winning the hearts of audiences for more than half a decade with their intriguing lyrics and captivating arrangements. A flavorful blend of grassroots, folk, and acoustic pop music highlights sweet harmonies, laced with banjo, accordion, clarinet, mandolin, bass and guitar.